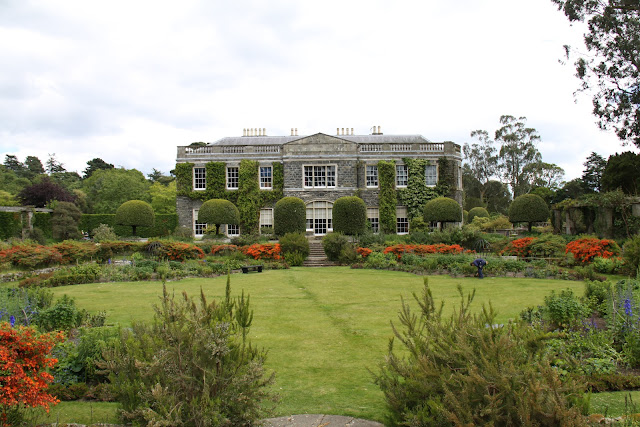 If you are a travel junkie and a photography enthusiast like me and you happen to travel to Belfast in Northern Ireland then Mount Stewart is a must see stop. A short scenic drive via Newtownards along the Strangford coast took me to the spectacular Mount Stewart. 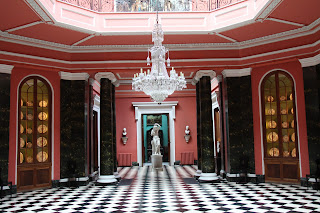 I started my day with a tour at the eighteenth century stately home which was initiated by Robert Stewart as a showplace of architecture and style and improved upon by subsequent generations. I discovered many paintings and interesting stories about the Londonderry family during the tour. Legend has it that when Charles, the sixth Marquees of Londonderry, brought his bride, Edith, to the property in the early 20th century, she spent a lot of time in creating the awe inspiring gardens that now surround the mansion. 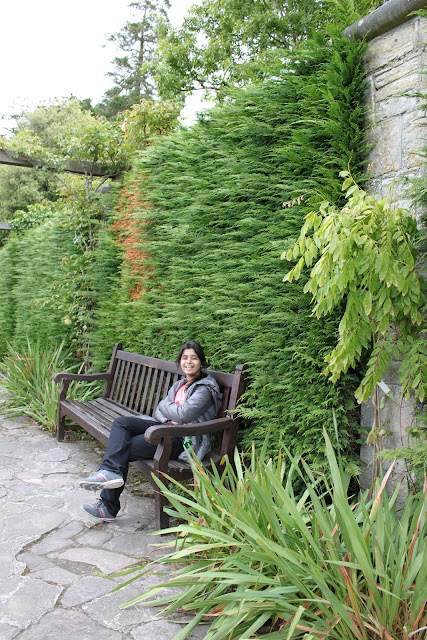 The sprawling gardens rival the most exotic ones and consist of vibrant parterres, formal and informal vistas that I have ever seen and house rare and unusual plants. Interestingly, the staggering range of plants she used came from nurseries throughout the British Empire and an olive was brought from the Garden of Gethsemane. My favourite was the Italian garden, based on a parterre at Dunrobin Castle, the Maiori Garden, which is a blue and white creation. It was so relaxing and tranquil. There was a new surprise awaiting you around every corner. 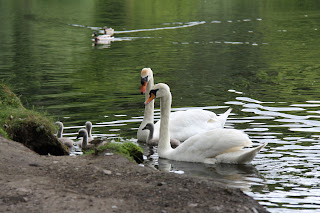 I could not help but admire the tranquility of the lake and detail of the lavish formal terraces. There was also a beautiful view to be had from the Temple of the Winds. I immensely enjoyed a leisurely walk by the lake and loved the Cottage pie and coffee for lunch at the café. I also bought some interesting souvenirs at the National trust shop.Next we took a ferry (on the car) across Strangford Lough and moved on to Exploris Aquarium, an absolutely fascinating place which gave us an insight into the kinds of marine life that surrounds the island of Ireland. What caught my fancy were the two touch tanks (one near the entrance, the other near the exit) where you can reach in and touch some of the animals inside, such as star fish, sea urchins, and the friendly little rays that circle the tank enjoying getting attention. 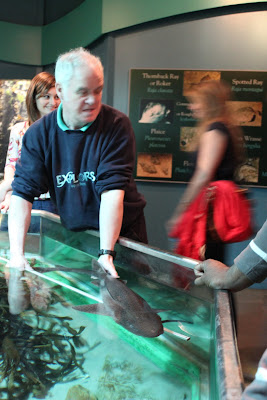 The staff gives regular presentations and talks throughout the day about an interesting range of topics, so if you're a sea geek, don't miss this! Another interesting feature is the glass tunnel which gives the effect of walking under the sea, and to either side and above I see the many fish and sharks that live there. Last but not least, they have a seal sanctuary, where you can see some of the cute little seals they have rescued and are taking care of until they can be released. 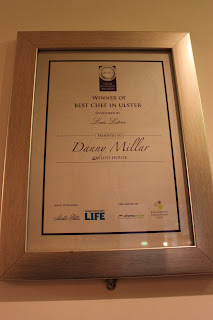 For dinner we stopped by at Balloo House in Killinchy before heading back to Belfast. This pub dates back to the eighteenth century and is steeped in atmosphere with its stone floors and working Aga dominating the historic kitchen bar. As for me I loved my Irish stew and there was no better way to end such a good and eventful day.
FAST FACTS
BEST WAY TO REACH: Fly British Airways to London and take a connecting flight to Belfast. Book in Premium economy for a more comfortable journey.
VISA WISE: Indians need a valid U.K Visa to enter Northern Ireland.
BEST PLACE TO STAY: Culloden Estate & Spa, Belfast. Tel: +44(0)28 9042 1066.
FOR MORE INFO: www.discovernorthernireland.com
Published in The Asian Age (writer Rupali Dean)
Posted by Rupali Dean at 8/07/2011 12:20:00 PM No comments: Links to this post