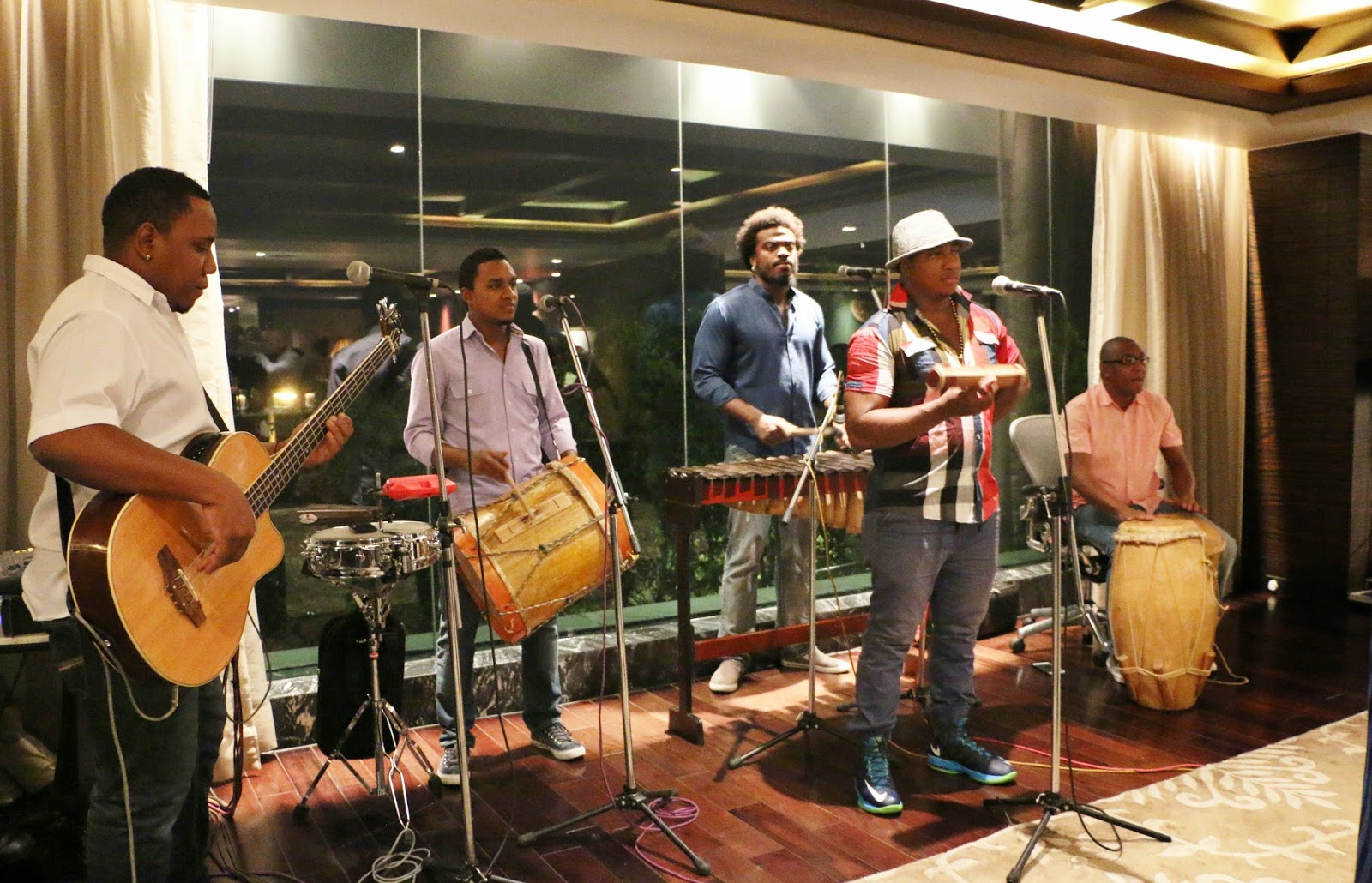 The Elitaire Lounge at the Leela Ambience Gurgaon took on a distinct Latin American feel when it teamed up with The Guatemalan Embassy for an evening billed Zacapa & Cigars under the Stars on 16th April 2015. The venue was originally SkyDeck but owing to some traces of rain was shifted to the Elitaire lounge…but no one’s complaining as this lounge too is one of its kind …against a backdrop of warm discretion and elegance! 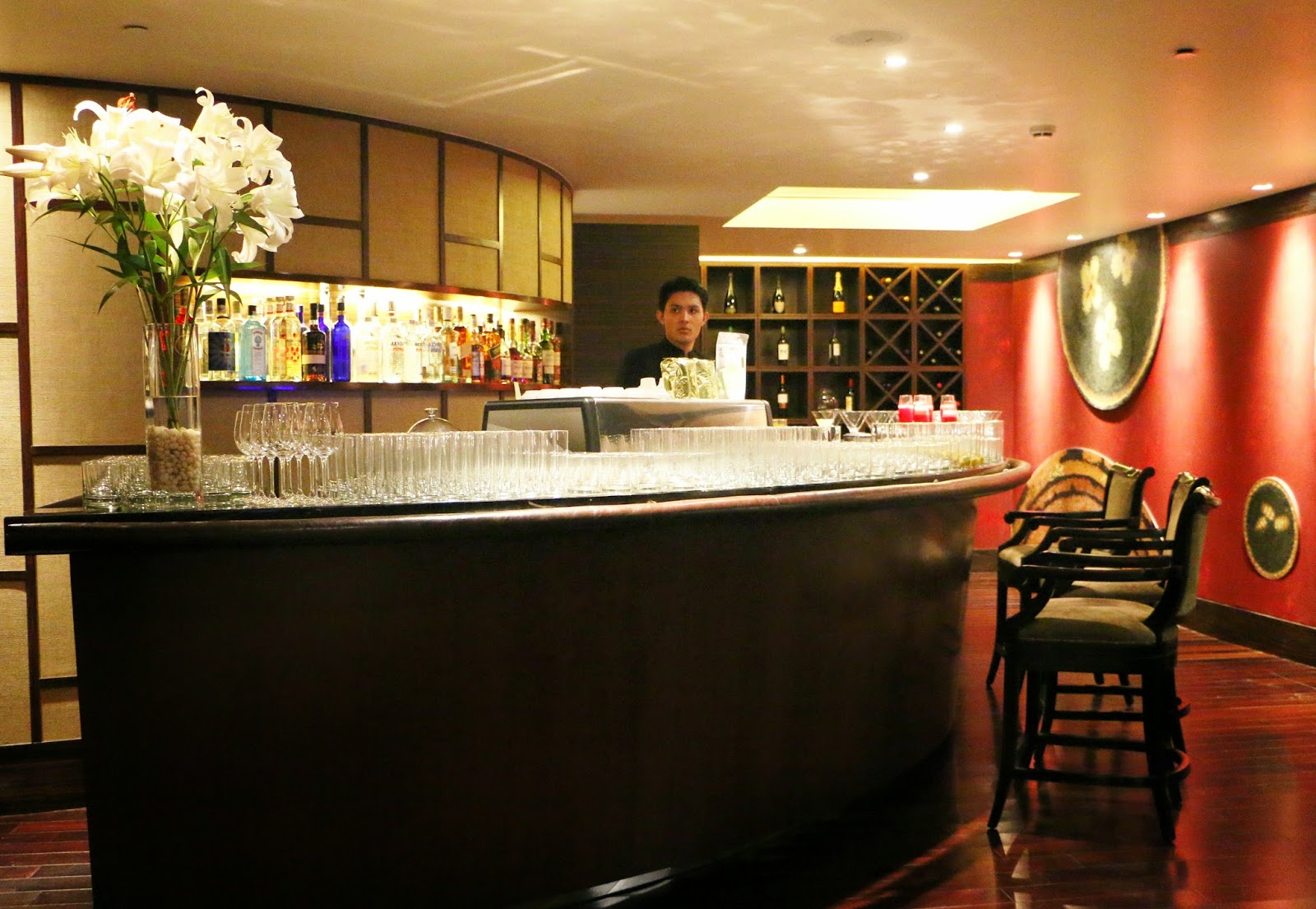 Similar in format to a restaurant’s harvest dinners, guests met in first for cocktails and hors d’oeuvres to begin. The event featured rums of Ron Zacapa Centenario, an award-winning distillery in Guatemala. Upon arrival, guests were welcomed with Classic Mojitos and Daiquiri cocktails and while they mingled in the lounge they were served four hors d’oeuvres –Fried Plantain with frijol and cotija cured cheese, ‘Dobladitas de queso’ aka Guatemalan quesadillas, ‘Taquitos de pollo with sour cream and crispy chicharron with tomato salsa. 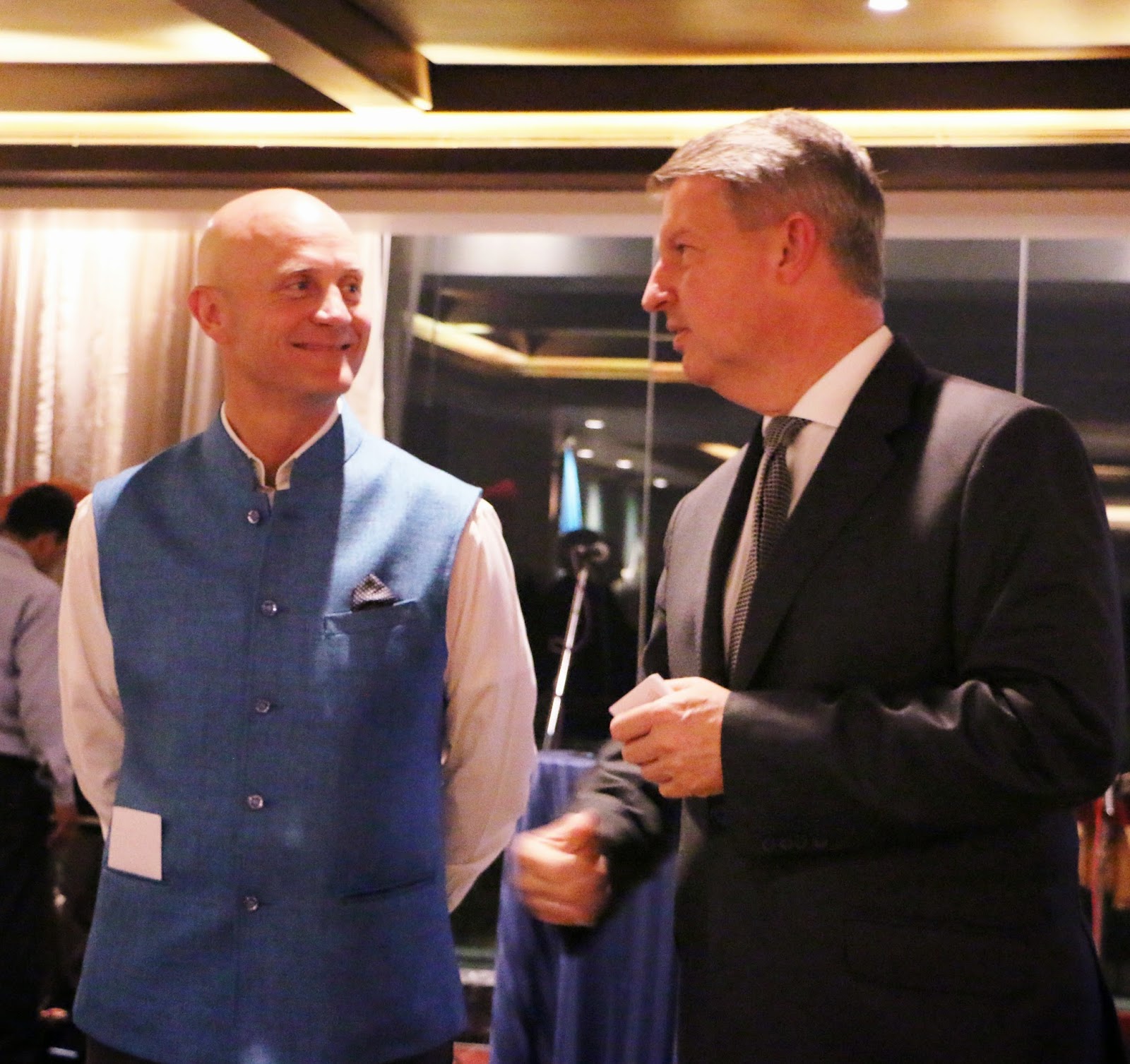 THE SIT DOWN
Before sitting down, the dynamic Michel Koopman, General Manager – The Leela Ambience Gurgaon said, ‘We are extremely happy to have Fiesta Latina again in our hotel, an opportunity for our guests experience the cuisine, culture and heritage of Latin American countries.

Tonight we are celebrating Guatemalan cuisine and I would also like to thank our esteemed partners and embassy, who have done so much to bring tonight’s dinner to life’. The ambassador spoke a few words on the culture and cuisine and without much ado announced the dinner open. 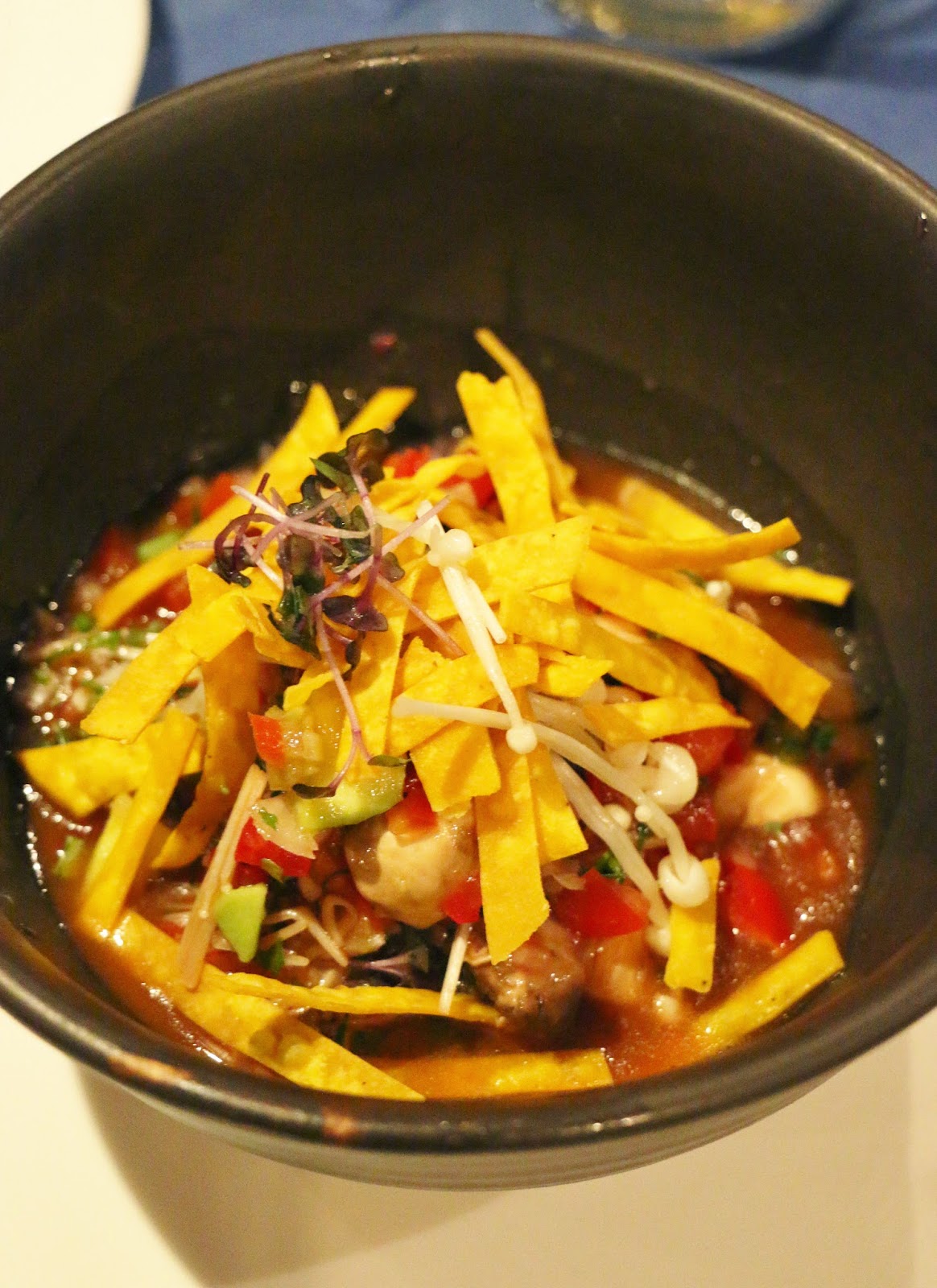 GUATEMALAN DINNER
Executive Chef Ramon Salto offered an extremely authentic Guatemalan meal which came in four courses, paired with some amazing Rums. The first course included Guatemalan prawn ceviche ‘panza verde’ with avocado and crispy tortillas. I opted for the mushroom ceviche as I am allergic to prawns…this was absolutely divine simple, fresh flavours! For those who do not know Escabeche, which is more often referred to as escoveitch involves covering the fish with a vinegar sauce that includes onions, scotch bonnet peppers and sometimes other thinly sliced vegetables. 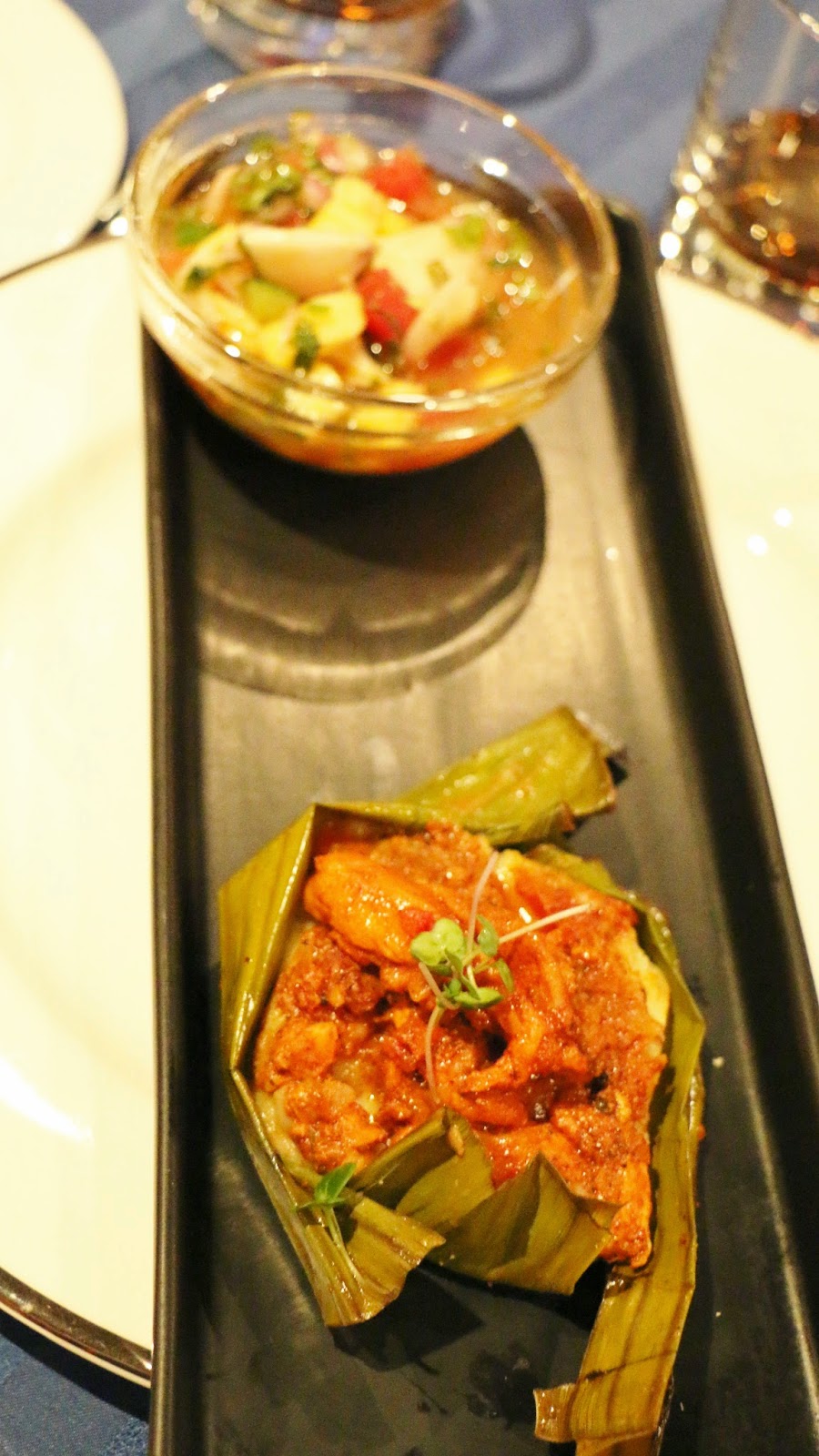 The second course included Red Chicken tamal in banana leaf which married brilliantly with recado sauce and fresh salsa….unique and tasty.
The third course was Braised pork adobado with a black bean stew and cardamom cocoa sauce… this was refined, bursting with flavour and respectful of the product….need I say more? Another highlight of the night came when guests were able to light-up cigars while drinking super premium Zacapa and enjoying a Dessert extravaganza buffet of rum-inspired desserts prepared by Executive Pastry Chef Pablo Moralis. The bittersweet chocolate rum mousse and the Rum truffles were disappearing from the counter like hot cakes.
Guatemalan Zacapa & Cigars dinner was a delightful variation of the standard wine dinner, one which certainly made cigar and rum aficionados happy. 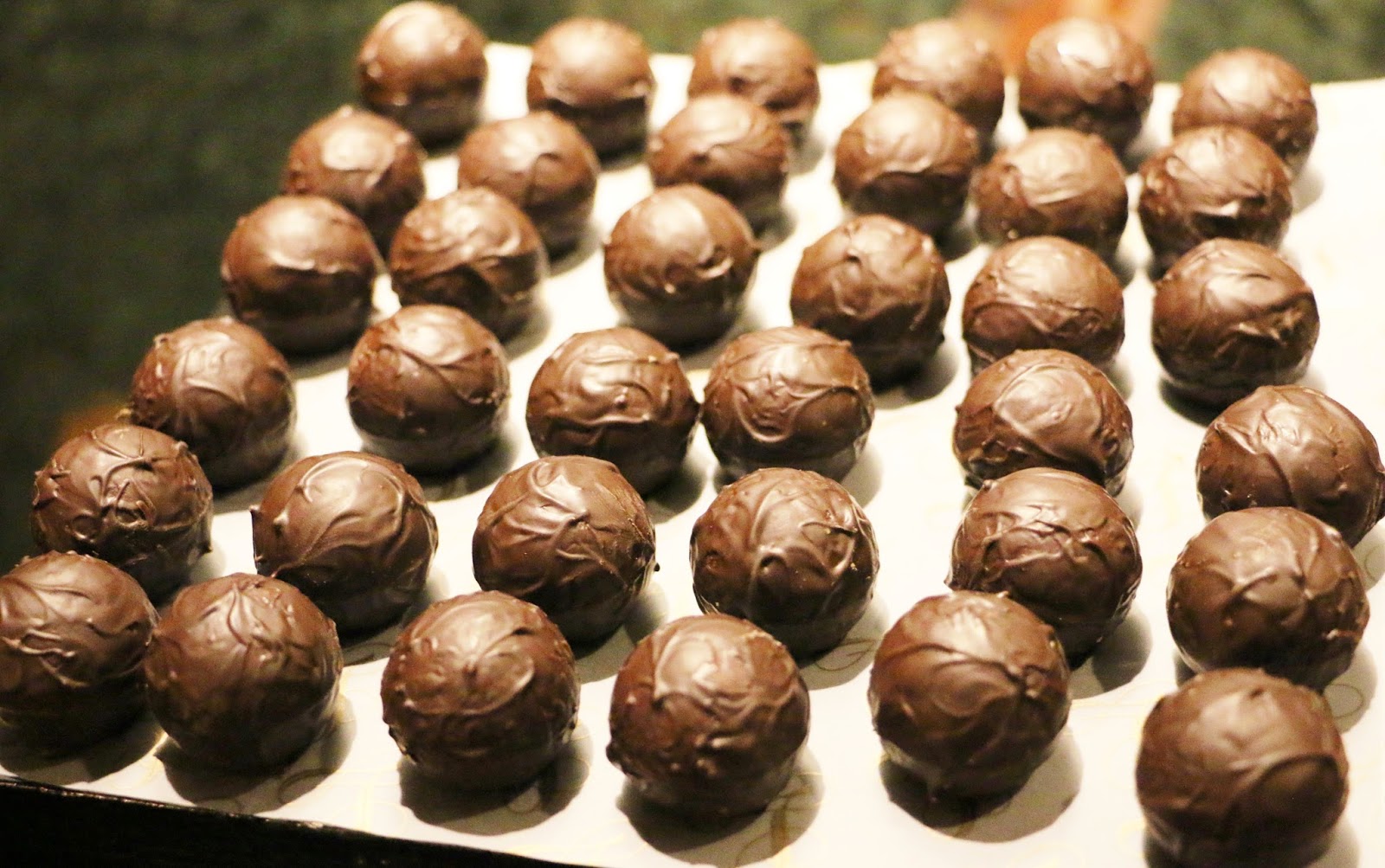 ZACAPA -INTERESTING TRIVIA
·       The rum was first created to celebrate the town of Zacapa’s centenary year in 1976.
·       Unlike most rum, Zacapa is not made from molasses, but from the first pressing of sugar cane juice, something that the rum apart from the start and makes Zacapa a bit smoother and sweeter than other rums.
·       Geography also plays a part in Zacapa’s unique body and flavour. It’s barrels are stored in the Guatemalan mountains at an altitude of 7,544 feet, making the storage facility called “The House Above the Clouds” one of the highest ageing facilities in the world. The thinner mountain air and lower atmospheric pressure help infuse the rum with the barrel flavours, as does the climate. The temperature stays a cool 62 degrees Fahrenheit all year round which slows ageing down and intensifies the taste of the rum.
·       Zacapa uses a maturation process called the Solera system, which was initially developed more than five centuries ago in Spain as a way of ageing sherry.
·       Using the Solera system, different age rum is blended in barrels that had previously been used to age various wines or spirits such as bourbon, sherry and sweet wines to allow the rum to pick up a complexity of flavours. Every drop goes through the three different kinds of casks.
·       The number on a Zacapa bottle, such as the 15 in Zacapa 15, means that the oldest rum in the bottle is 15 years old. The youngest rum varies. In Zacapa 15, the youngest rum is 5 years old; in Zacapa 23, the youngest rum is 6 years old. However, because of the way the Solera system works, rums in between the youngest and oldest also become part of the blends.
FAST FACTS
Additionally, the Fiesta Latina brought together various other events, starting with Mexican tequila dinner on 10th April, 2015, where one got to experience unique tequila based cocktails paired with Mexican dishes, a cooking class to learn more about the diverse and distinctive Latin cuisine from Peru, Peruvian cooking classes with the celebrity chefs being held at Zanotta, the Italian specialty restaurant, on 11th April, 2015. Really exciting rums paired with authentic Guatemala cuisine on 16th April, 2015.
And if you have missed the above...it’s never too late
Wine connoisseurs can enjoy wines from Chile, over signature-styled Chilean wine dinner prepared by the celebrity chef on 17th April, 2015.
And the ‘The Bathrobe Club’ on Sunday 19th April, 2015; 4pm until 8pm (The package starts at INR 3,500 plus taxes per person)
WHERE?
The Leela ambience Gurgaon hotel & residences
Ambience Island, National Highway-8, Gurgaon
Tel: 91 (0) 124 4771234 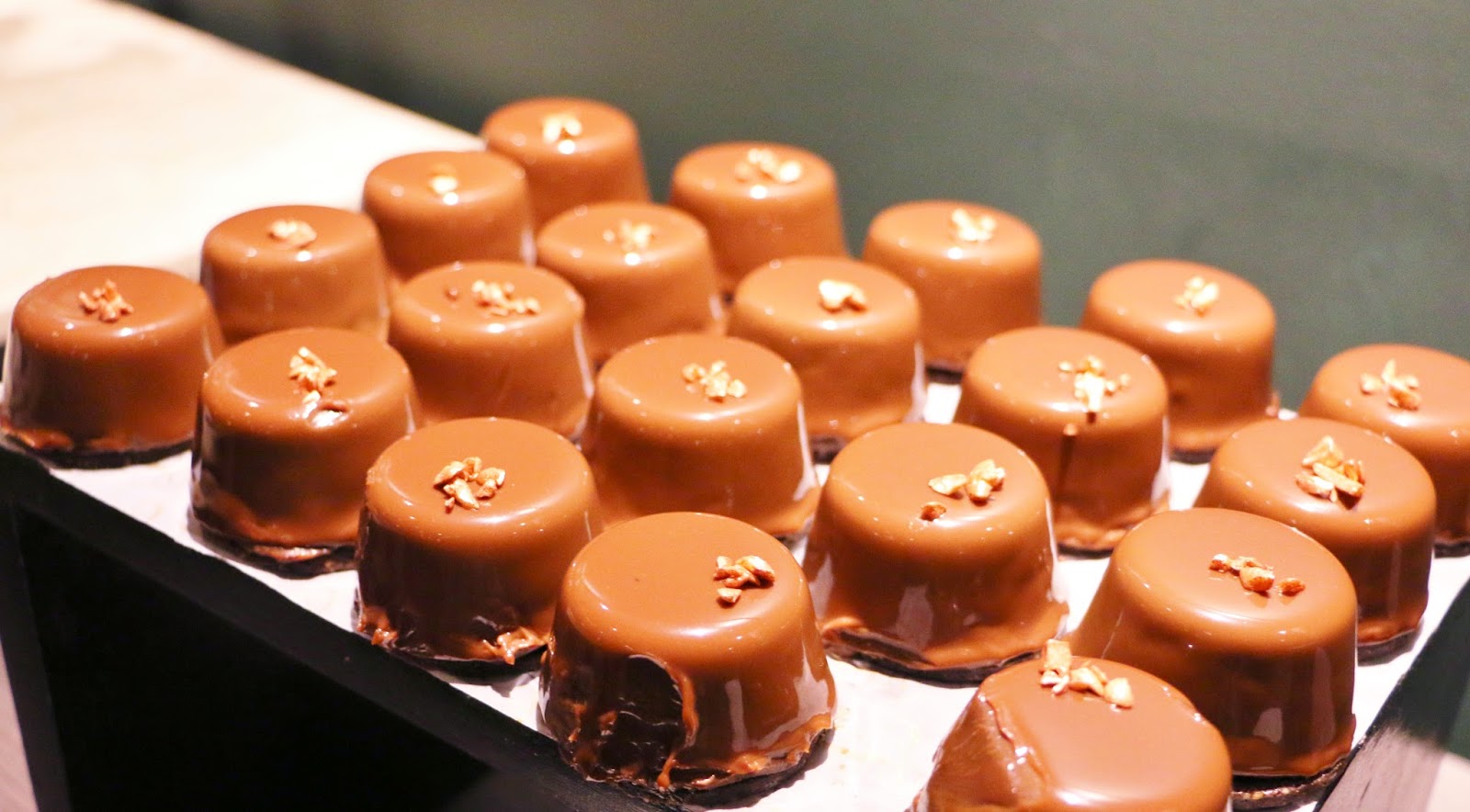