Firstly I would like wish my dear friend GG aka Gaurav Gera A very Happy Birthday as he gets a year older today. For those who do not know Gaurav is the Hero of ‘Jhumroo’ the biggest Bollywood musical played at the kingdom of Dreams which also happens to be our country’s first and largest live entertainment destination and I am so glad it is located in Gurgaon and very near to where I live for whenever I have guests over, I take them to dine at ‘Culture Gully’ which is quite like a mini India set on its own and then later leave them there to watch the show ( though I love the show and my friend GG is one of the most talented actors but sometimes watching the show with every guest can get a bit expensive) 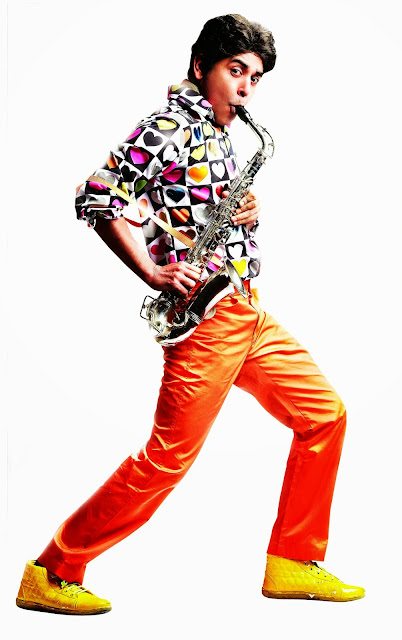 That said, this time round I had my cousin sister over and I took her for ‘Jhumroo’ (and watched it myself as well). 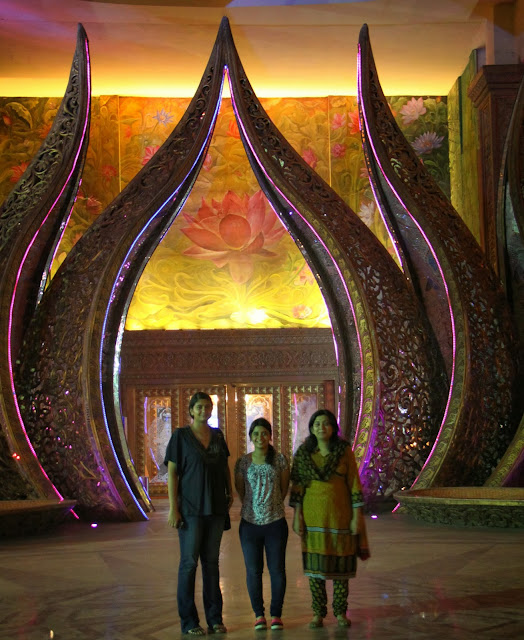 One of the reasons was also that owing to its third anniversary celebrations from 17th September - 29th September one gets a complimentary ticket on purchase of 3 tickets of Jhumroo…isn’t that a good deal? What was more, the IIFA Buzz Café was alive with Bollywood music where the DJ kept spinning the disk on popular retro music and yes we also availed a complimentary drink on purchase of 2 drinks (read on select beverages). All in all we had tons of fun! 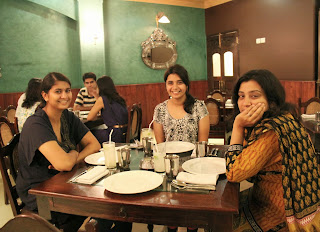 On that note…here is my review of Jhumroo
JHUMROO – THE SPIRIT OF KISHORE KUMAR AT KINGDOM OF DREAMS
CAST & CREW
Produced By: Wiz craft International Entertainment (Viraf Sarkari, Andre Timmins, Sabbas Joseph); Apra Group (Anumod Gagan Sharma);  Anil Raghbeer Group of Companies (Anil Raghbeer)
Story and Direction: Vikranth Pawar
Starring: Bhola - Gaurav Gera, Meena - Shweta Gulati & Anoop Da – Devendra Bisht
PLOT
After the success of Zangoora, the Great Indian Nautanki Company has come up with another promising musical production at the Kingdom of Dreams named, Jhumroo. This musical comedy packed with 19 Bollywood retro songs, is a celebration of the spirit of Kishore Kumar, a legend who continues to charm the young and old alike. Audience who have once been bedazzled by the charming Zangoora are sure to fall in love with the adorable Bhola from Jhumroo. 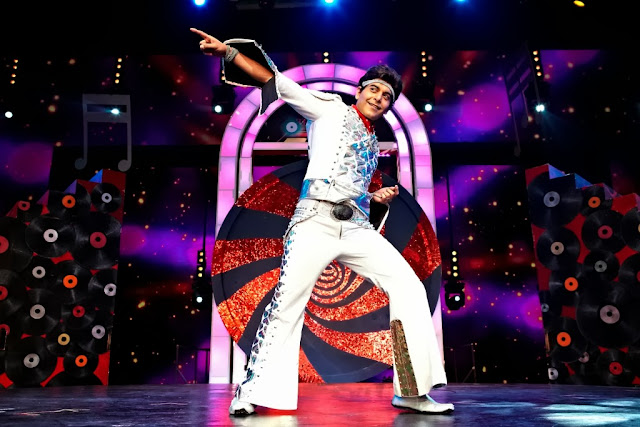 REVIEW
I found Jhumroo to be a total true blue entertainer for the whole family.  You will fall in love with the young and innocent boy Bhola, who leads a simple life in Mumbai, living with his father. He is very fond of singing and is a huge fan of Kishore Da; unfortunately he has the voice of a crow. He keeps dreaming of himself as a singing sensation and obviously the dreams are broken when he wakes up.  He works at an ad agency and is more busy having fun with his friends rather than concentrating on work. He is madly in love with Meena, a co-worker at the ad agency, but doesn’t know how to go about professing his love to her. Circumstances and events follow and Bhola finds himself in the finals of a singing reality show.  What sets him apart however is his innocence, a virtue difficult to find in young men these days. A virtue much closer to Kishore Kumar and the characters he played in the golden years of Indian Cinema. How the music and spirit of Kishore da makes this possible is an enchanting tale in true sense of the word. Gaurav Gera proves that six packs etc. can never overrule talent. He is brilliant and has carried the show amazingly well; I don’t think anyone else could have done it better. Shweta Gulati too compliments him well and Devendra Bisht….hats off for his superb performance. All in all it’s a must watch show and as for me I will surely be going for a dekho again with my friends and family as in today’s hectic life…an entertainer like this just makes you feel chilled out! 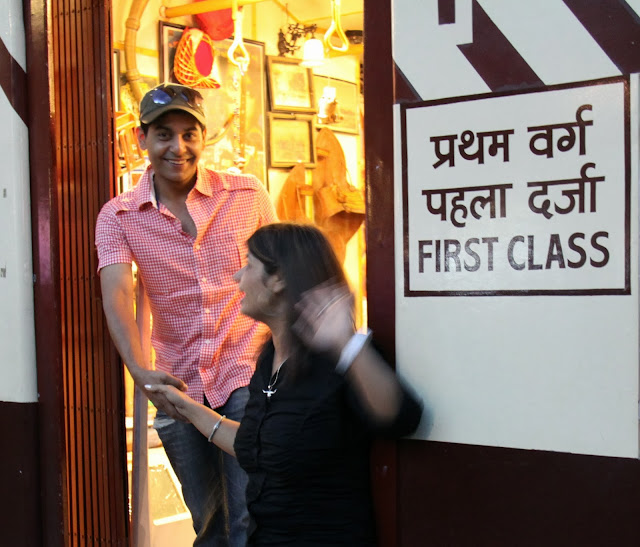