Every parent has a dream holiday that comes rewardingly with a lot of energy and hard work, but increasingly we are all seeking to bond with our children…! Bush camping in the Toronto zoo with my daughter my dream easily transformed into holiday reality! 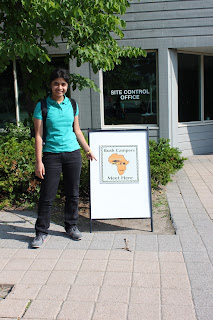 My daughter Akanksha (16) is really into wildlife and researching animals at the moment and I like to experience different cultures and try different things- so Toronto Zoo was perfect for us. When planning the itinerary I tried to mix up activities to keep things interesting for both of us and gave my daughter certain travel responsibilities along the way such as working out exchange rates, learning new foreign words and being in charge of her own luggage. 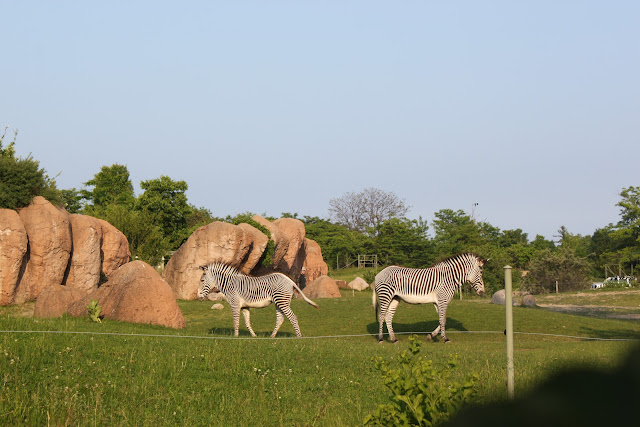 Our suburban safari began when we pulled up in a cab to the Toronto Zoo’s administration building sharp at 4:00pm as per the rules. My daughter and I stowed our luggage at the rear of the zoo mobile, (a zebra striped trolley which wound its way up and down carrying passengers), along with the school group and teachers who were camping with us. 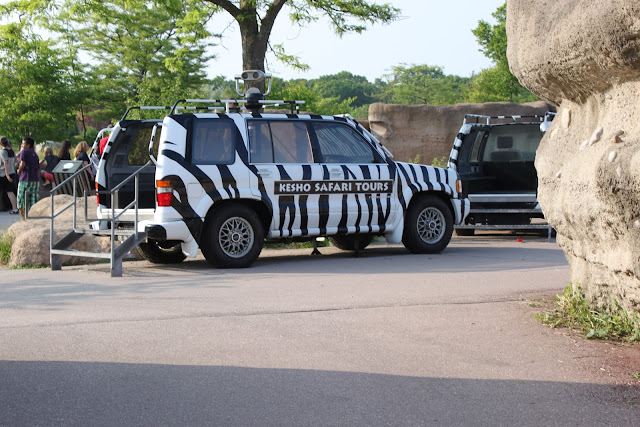 Vacation adventure began with a guided tour of behind the scene activities. The best part was that these animals didn’t seem to mind that one has invaded their habitat (as long as you don't get too close though). You’d be glad to see them lie down, because this means they are comfortable and not threatened. We passed the massive building where thousands of custom meals are prepared daily for the hundreds of different species of animals before zipping past the infirmary where animals receive specialized care when not on exhibit. 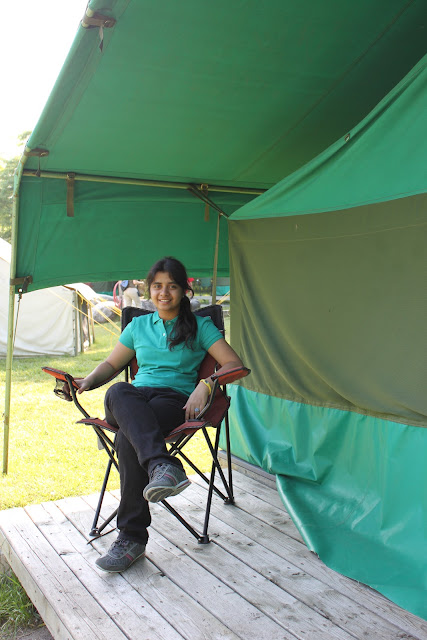 Finally we reached the bush tent ground; each was pitched atop a sturdy wooden deck. Akanksha ran into our assigned tent to explore the interior. Clean and dry the tent was spacious, with two comfortable cots. We soon settled into our African-style canvas walled lodges, literally just a few steps from a private viewing area overlooking the African Savannah where several species of African animals roam freely. 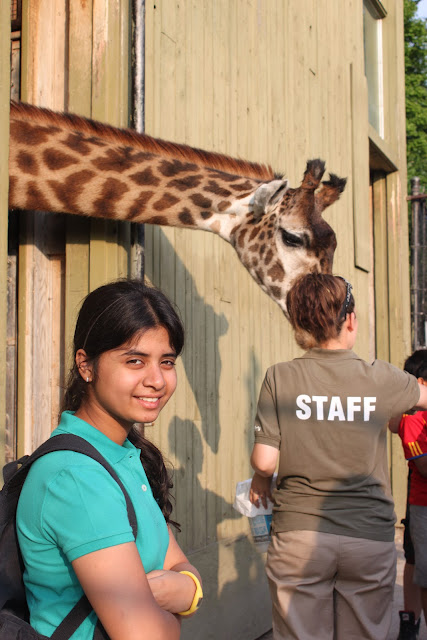 Akanksha introduced herself individually to around 20 students, promptly forgetting everyone’s names, but was relieved by an honest warm welcome by all. I was glad to see Akanksha making friends with the school group while I made friend with the teachers. 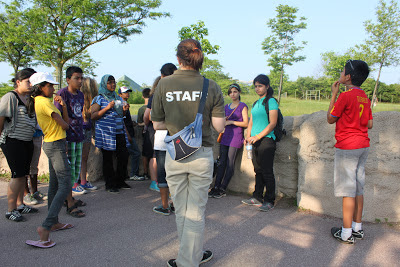 We followed directions to hide our toiletries in the provided baskets so as to discourage any wildlife from paying us a midnight visit. The first order of business was a tour of the zoo’s African Savannah region. It was awe-inspiring to meet the elephant keepers and going behind the exhibit into the elephant’s night house as the giant pachyderms roamed the outdoor exhibit. We also spotted some zebras, masi giraffe, warthogs, Kudu, marabou stork, olive baboons, ostrich and sable antelope along the way. This was followed by a visit with the giraffe keepers and capped off when the children got a chance to toss apple chunks to the hyenas. Soon it was time for dinner at the Simba Safari lodge, pasta, milk shake and ice-cream sandwiches! 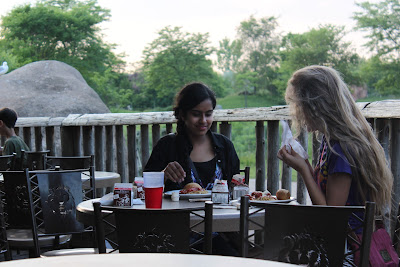 A visit to the Kesho Park ranger station (mock) was followed by a night-time scavenger hunt (water conservation trivia game). We had to literally run around the zoo’s vast African region, but truly enjoyed the unique opportunity of observing very different animal behaviours at night. Being at the zoo in the night was an entirely novel experience. We felt miles removed from the often pedestrian experience of taking in the zoo during the daytime. The low rumble of the lions could be heard long before their pen came into sight. It was amazing to watch the hippos playfully splash each other in a deep pool of muddy water. Before signing off to bed, we gathered around the campfire, roasting marshmallows and listened to the story of why the giraffe has no voice. 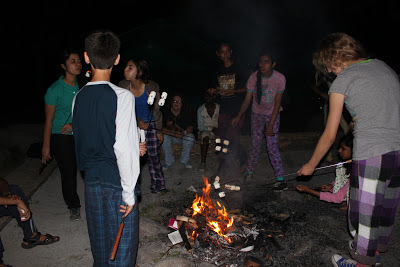 Akanksha loved the unspoilt close to nature feeling of the place. It sure was fun as I had the opportunity to sit beside a singing wolf pack, to hear lions in the night, and to see my daughter’s face light up.   Overall, I do think camping is safe if you abide by the rule of staying inside the tent at night.


Early the next morning, with the theme song from Disney’s The Lion King blaring, we literally stumbled out of our tents and assembled at the Simba Safari lodge again for a cup of coffee and croissants. Then we headed off for another hike to the Canadian Domain. Here we saw lynx, arctic wolves, grizzly bears, moose, elk, bison, mountain lion and lots more.  After breakfast with the bees, it was time to gather up our belongings and bid goodbye. “The zoo’s different at night,” exclaimed Akanksha happily as we headed back to downtown Toronto. Indeed it is!!


·       Once you have your tent up, sprinkle talcum powder around the perimeter of the tent to keep the ants out.


Cost for the Serengeti Bush Camp: The price per person for youth groups and adults is $76 (taxes and day pass to the zoo included).


·       BEST WAY TO REACH- Fly from Delhi to Toronto via Brussels with Jet Airways. Most economical and the shortest route. You can carry 2 bags of 23 Kg each even in economy class.
·       BEST PLACE TO STAY- The Fairmont, Royal York, 100 Front Street W, Toronto, Ontario, Canada, M5J1E3. TEL (416) 368-2511.E-MAIL royalyorkhotel@fairmont.com .It is close by financial and fashionable shopping districts, major attractions, and world-class entertainment venues.
Published in Food & Nightlife
Posted by Rupali Dean at 12/12/2012 08:38:00 AM 2 comments: Links to this post