While many restaurants try to reinvent the meal with foodie fads and slick decor, these dining experiences mark a renaissance…With a rich history that bespeaks passion, perseverance and dedication.
FOUQUET, PARIS-FRANCE 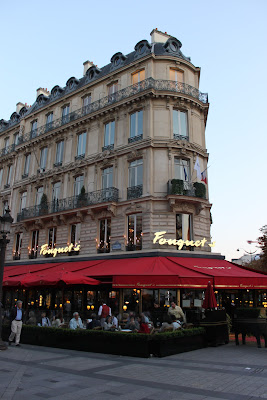 LOCATION: Magnificently stands where the Champs-Elysées meets the Avenue George V and is a remarkable construction recalling Paris’s most spectacular architectural legacy.
HISTORY: This legendary restaurant has been linked to cinema for decades. Sound came to the big screen in the thirties and stars such as Raimu, Marlene Dietrich, Gabin and directors such as Carné, Clouzot and Guitry all signed their contracts there. In the 1950s, the new wave, embodied by Truffaut, Godard and Chabrol, made it their stomping ground and even organised some awards and ceremonies here.
AMBIENCE: Acquired by the Lucien Barriere Group in 1998 and fully redecorated by Jacques Garcia, it is now, more than ever before, an enduring symbol of French cultural life and is a reflection of the Lucien Barriere Group’s and Desseigne-Barriere family’s commitment to the world of the big screen.
MUST TRY: Roast chicken with steamed vegetables and mashed potatoes, Grilled Steak with béarnaise sauce and chips, Salad with king crabs and quinoa, drizzled with vinaigrette, Traditional Milleufeuille pastry.
FAST FACTS
Hotel Fouquet’s Barrière - 46 avenue George V - 75008 Paris
Reservations: + 33 (0)1 40 69 60 00
http://www.fouquets-barriere.com/ 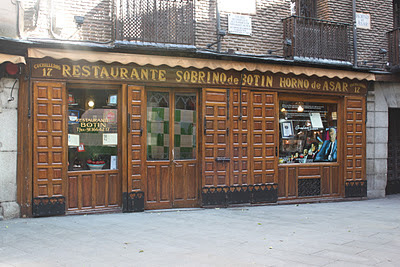 LOCATION: The setting is quaint, along a medieval row of restaurants that line the Plaza Mayor, Madrid’s Main Boulevard.
HISTORY: Once a small Inn where muleteers and traders saw the culmination of their productive journeys which together with the surrounding streets assembled most shops of the town. In 1725 it was restored with a firmly built oven, decorated with exceptional tiles, where the wood of the evergreen oak gives that special taste. It is the oldest restaurant in the world and they have a Guinness book of world records certificate in the restaurants front window to prove it!
AMBIENCE: The Botin experience takes you behind closed doors on a guided visit of the restaurant’s history and its anecdotes. One can view the kitchen with clay ovens, where they cook suckling pigs even now. Visitors can peek into the Bodega and the room where Ernest Hemmingway sat to write.
MUST TRY: Segovia mushrooms and artichokes with Iberian Ham, Roast suckling pig, Roast chicken, strawberries with fresh cream.
FAST FACTS
Calle De Cuchilleros, 17- Madrid. (Spain).
Reservations: 91 3664217/ 91 3663026 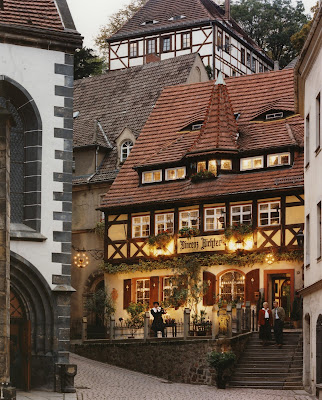 LOCATION: This yellow wooden beamed tavern next to the church of Our Lady lies on the main market place.
HISTORY: A former cloth maker’s guild house built in 1532 was bought by Vincent Richter; Colonel of the Royal Army bought in 1873.
AMBIENCE: The interior is still in medieval style, walls adorn rare antiques and the furniture is original making history retain a living presence in a manner virtually unparalleled by any other wine restaurant in whole of Germany.
MUST TRY: Wild rabbit and bacon wrapped plums, mushrooms of the season, grilled fish, Quarkkeulchen (made from dough containing mashed potatoes, quark cheese, eggs and flour, spiced with cinnamon) and House wines by the Vincenz family.
FAST FACTS
12 An der Frauenkirche, Meissen, Saxony, Germany
Reservations: 035-2145-32-85 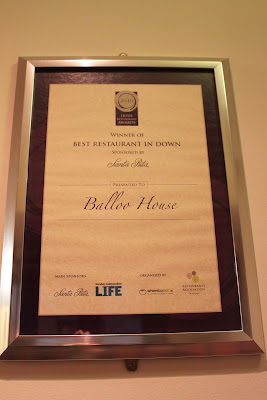 LOCATION: A short stroll away from the shores of Strangford Lough.
HISTORY: A coaching house with a licence dating back to the late 1600’s, it was bought over by the McConnell family in the 1890’s for almost a century and used as a working farm. Ronan Sweeney bought it in 2004 and is currently the Managing Director of Balloo Inns Ltd.
AMBIENCE: The ground floor which is bistro style houses an old range oven used by the Mc Connell family which is still in working order today and is an historic centrepiece. The first floor is plusher and fine dining.
MUST TRY: Dry aged Irish beef steaks, fresh local sea-food, Lamb stew, Fish and chips.
FAST FACTS
1 Comber Road, Killinchy, Newtownards BT23 6PA, Northern Ireland
Reservations - 028 9754 1210
Web: www.balloohouse.com 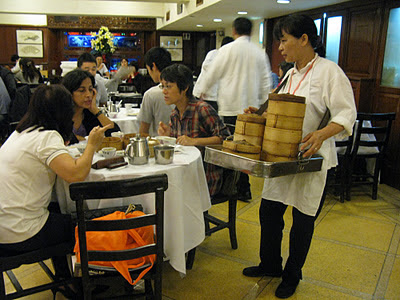 LOCATION: Away from the busy urban Hong Kong, close to the Stanley Bay, you can easily find your way here.
HISTORY: In operation since 1933, a traditional remnant of a bygone era, it is the only authentic teahouse left in the city and gets its name from the Tang dynasty poet Lu Yu, who wrote the legendary ‘The Classic of Tea’.
AMBIENCE: Captures the elegance of the art deco period with creaky black ceiling fans, quaint wooden booths, ornate wood panelling, mirrored seating’s, marble table tops, rosewood furniture, brass spittoons, and framed scrolls on white walls.
MUST TRY: Chinese sausages and fish dumplings, Deep fried chestnut and duck meat pie, sweet and sour wanton, barbecued pork bun and Bo la, (a fermented black tea)
FAST FACTS
24 Stanley Street, Hong Kong
Reservations: 25235464
RECTORY CAFÉ, TORONTO 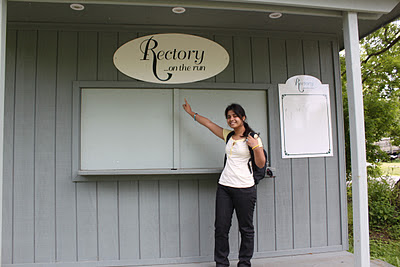 LOCATION: On eastern-most Ward’s Island, between the lakeside wooden boardwalk and a manicured city park with the only access by ferry makes this still and timeless spot a relaxing getaway from the city.
HISTORY: Built in 1948, it is known to have survived the municipality’s cottage demolition blitz, and housed the minister who presided over St. Andrew-by-the-Lake church at Centre Island; which later provided the place with its current moniker.
AMBIENCE: Tastefully hidden behind curtains of greenery in a nineteenth century rectory converted into a chic glamorous café and patio. The interior is a good mix of hardwood floors, antique dressers and panoramic windows. On a summer day it is difficult to find a place in the outside patio under towering pine trees in a wide green lawn overlooking the Lake.
MUST TRY: Ontario Chipotle Bison Burger, Crab cakes, Pulled pork Panini, Moroccan chickpeas and New York style cheese cake.
FAST FACTS
102 Lakeshore Ave, Ward’s Island, Toronto, Ontario, Canada.
Reservations: 416-203-2152
Web: www.therectorycafe.com
COMMANDER’S PALACE, NEW ORLEANS 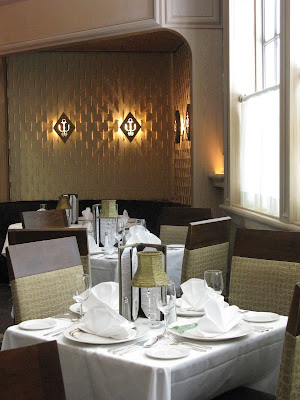 LOCATION: located Uptown, off of St. Charles Avenue. Its exterior is painted a stunning blue-green aqua colour welcoming all passer-by’s.
HISTORY: A landmark in the Garden District since 1880, it has been run by the legendary Brennan family since 1974, and in 1996, it won the James Beard Foundation Award as the most outstanding restaurant in the country.
AMBIENCE: The spacious dining rooms are polished and reflect and encompass the lush outdoor settings of the property. The interiors are bright and open with an enchanting and full of life ambience that embraces both fun and sophistication.
MUST TRY: Gumbo, Turtle soup, Caribbean shrimp salad, Pecan crusted Gulf fish, crispy soft shell crab and corn and creole bread pudding soufflé.
FAST FACTS
1403 Washington Avenue, New Orleans, Louisiana 70130
Reservations: (504) 899-8221
Web: www.commanderspalace.com
By Rupali Dean
Published in The Man Dec 2011
﻿
Posted by Rupali Dean at 12/13/2011 08:17:00 AM No comments: Links to this post