A French city that vitrines both the modern world and simpler times long past, all in one charming little package says 'me' 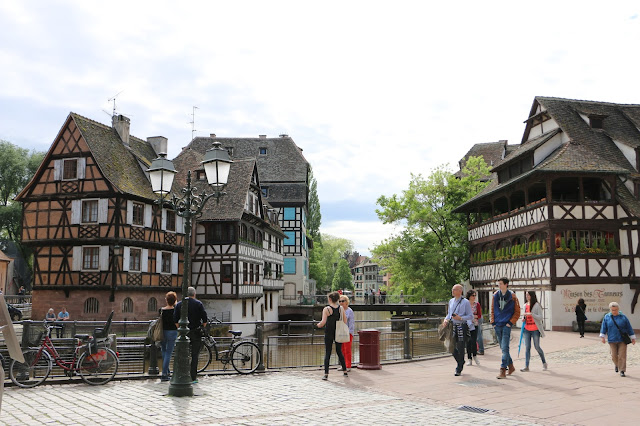 CHARMING CITY
Distinct from most other places that I have stayed in France and bears an arresting likeness to Germany; a meagre four kilometres away from the German border, today Strasbourg residues a hybrid with traces of German and French; fragment medieval village, slice modern European. It is also the first French city whose inscription concerns not a single monument, but an entire historic urban centre as in 1988 ‘Strasbourg – Grand Ile’ was inscribed on UNESCO’s prestigious World Heritage list. That said is a place where you can appreciate the simple preferences of small village life- browsing shops along cobbled streets, indulging in a treat from the many patisseries, and observing swans gracefully drift by as you walk along the banks of the river. Away from the historical centre of town, the city is fresh and lively, as its home to one of France’s top-rated universities. Lustrous and modern, glass buildings house the Council of Europe, the European Court of Human Rights, and the part-time home base of the European Parliament. A boat cruise is a great way to see both the old and the new of Strasbourg. It takes one on the entire way around the main island, including a detour to the European Institutions. Alongside the river we got to see churches and small palaces attractively lit up, which was quite romantic. 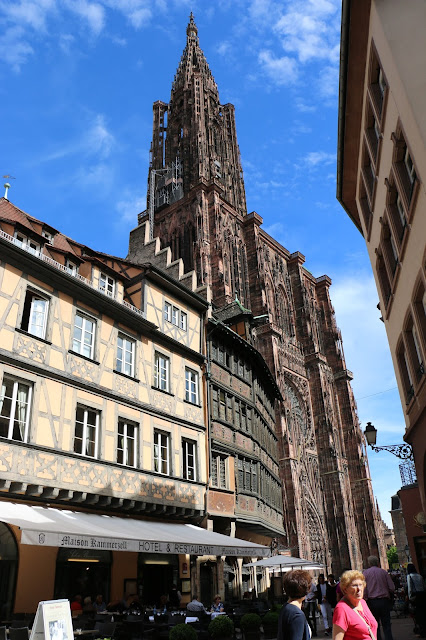 STRASBOURG CATHEDRAL
We walked up the narrow Rue des Orfèvres, a pretty street lined with busy shops as we approached the end of the street; we were awe struck by what we saw. The Strasbourg Cathedral, in the heart of the Old Town, Rising up to the heavens is a single steeple, so tall you cannot see the top without tilting your heads as far back as you can. Even then, it was tough! It was the tallest construction in the world for over 200 years (1647-1874). At 142 metres, it remains the tallest 15th century edifice in the world. As impressive as the steeple is, the church is worth a visit inside. The key magnetism is the astronomical clock, an intricate 16th century creation which tells the time, calculates religious occasions, and gives astronomical indications. 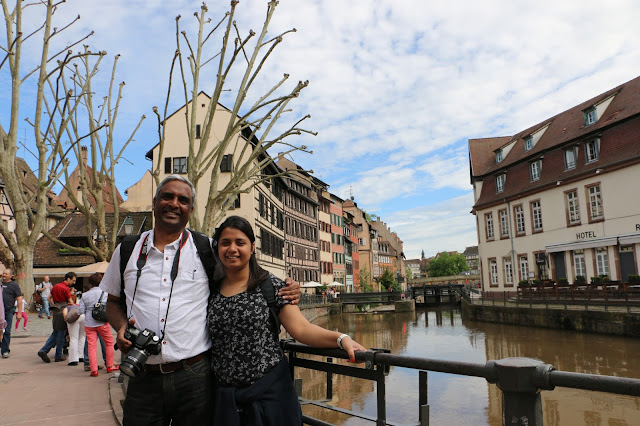 PETITE FRANCE
Formerly the fisherman’s millers and tanners district is today a peaceful tourist district in the heart of the town. It is unbelievably charming; picture perfect and unharmed by time, its meandering streets offer a wealth of 16th and 17th century half –timbered homes with huge interior courtyards and large sloping roofs. I loved all the woodwork and flower boxes that ornamented the houses. 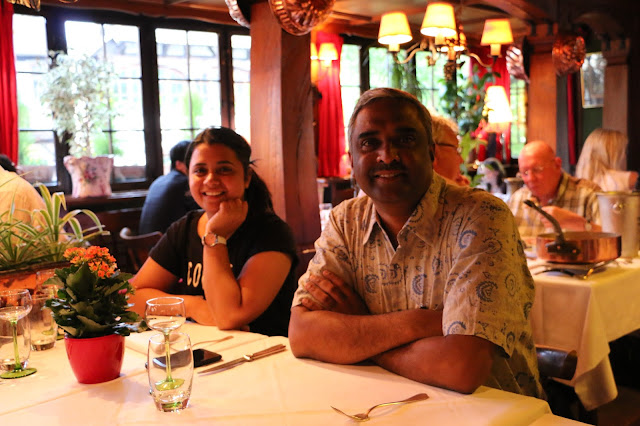 FAST FACTS
Best Place to stay: We stayed at the Hotel Beaucour; we chose this hotel because of its proximity to the Cathedral and Petite France. Our room was large, clean and modern and decorated in Alsatian-style.
Best way to Reach: Strasbourg is a 2 hour 20 minute high speed train ride from Paris. From the train station, you can take a tram or bus into the city. You can book your tickets online from http://www.raileurope.co.in/
For More Information: Log on to http://in.rendezvousenfrance.com/
The tourist information office is situated at 17 Place de la Cathedral as well as in the train station.