Gödöllő is a town that preserves its past values and embraces the future and a day trip from Budapest would mean a combination of History and tradition come alive…. 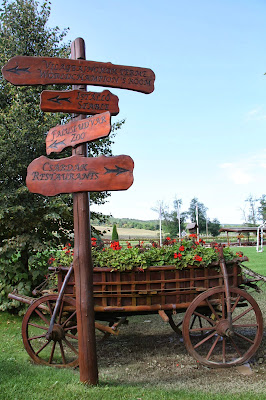 HISTORY
Only 30 km east of Budapest, Gödöllő is easily accessible from the capital by most means of transport. As I entered the impressive former summer residence of Queen Elizabeth, the beloved Queen of the Hungarians, I was mesmerized by the interior at once. Originally the 18th-century central estate of the Grassalkovich counts, the castle is an outstanding example of Central European Baroque architecture and happens to be the second largest in the world. The estate was transferred to the ownership of the Hapsburg kings in 1867. After this historical highlight I took a leisurely stroll through the vast park area gardens surrounding the castle. 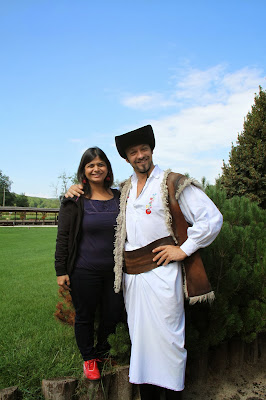 TRADITION WELCOME
Next the group moved on to the horse-ranch of the Lazar brothers, the complex was developed by the Lazar brothers, Vilmos and Zoltan, two former multiple world champion four-hand carriage drivers. It is a truly bucolic location on gently rolling hills, with horses grazing in the distance… a sheer delight. A glass of Palinka, a traditional Hungarian drink, welcomed us and I was absolutely ready to resume imbibing a delectable Hungarian alcoholic beverage along with delicious savoury scones. 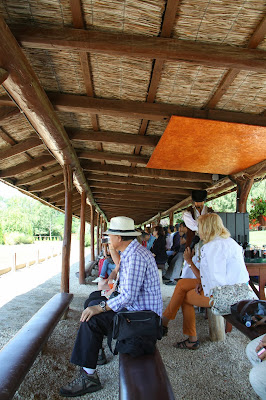 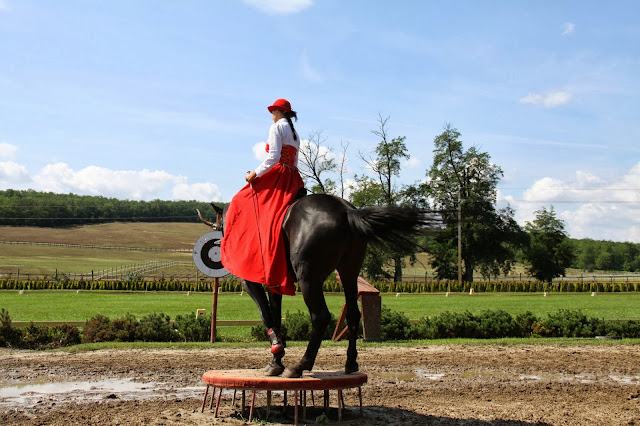 After the warm welcome we proceeded to watch a superb show of remarkable horsemanship held by the staff. Four-hand carriage drivers in full gallop regaled the visitors, thrilled as well by masterly nomad bow and arrow demonstrations, where the rider aimed and found targets in full gallop. Our visit was highlighted by a demonstration of various riding feats like archery at gallop, standing on horseback, racing teams, etc. The riders were masterful, including a lady riding side-saddle. The show also had its lighter moments, especially when a hapless rider tries to convince a donkey to replicate the horses tricks, Far from complying, the donkey has some tricks of his own, it’ hilarious! 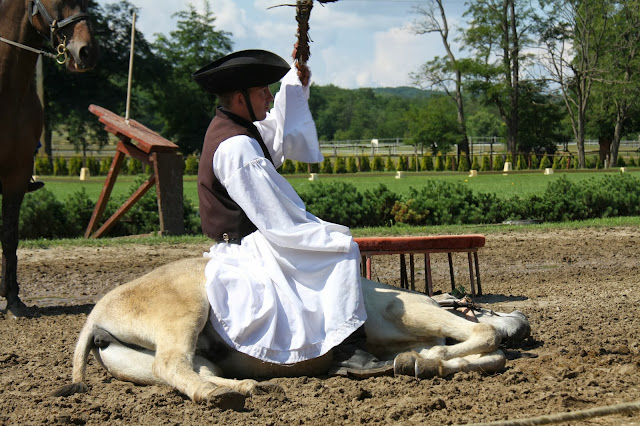 As for me I was bowled over by the ‘puszta-five’, a stunt devised by the csikos (chi-kos), the cowboys. This involved a team of five horses, three in front, two following. A single rider stood upright with one foot on each rump of the last two horses, driving the entire entourage at breakneck gallop. The star of the show however was when I was invited to participate in a contest to mimic the skills of the Hungarians with the bullwhip. With a few training shots at the bottle, I managed the perfect whip and manage to tumble the bottle off its pedestal, and yes I was rewarded with the same bottle which was indeed a fine Hungarian wine.
FOOD AND FUN 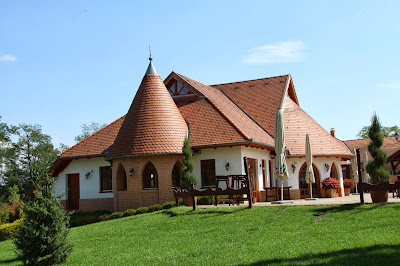 After all this excitement a carriage ride through the property took us to the stables and the Lazar Brothers trophy room. 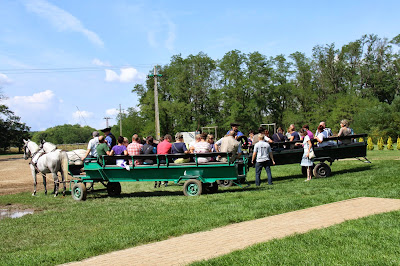 A typical Hungarian meal of goulash, roast chicken, veal schnitzel, sausages and vegetables with paprika, downed with a constant flow of Hungarian wine and a decadent apricot pastry ended the trip. All along entertainment was in full swing with vibrant gypsy music and folkloric dances. For a taste of the countryside without getting too far from Budapest, this attraction is highly recommended. And I would like to applaud the Lazar brothers for taking on such an ambitious project to highlight Hungary’s rich past. 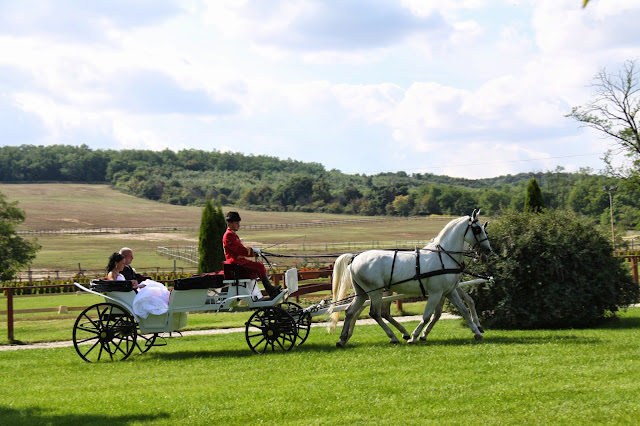