They say the Ice fields Parkway is one of the most beautiful roads and it is true! The area is really nice with forest, mountains, glaciers, bighorn sheep, and bears! 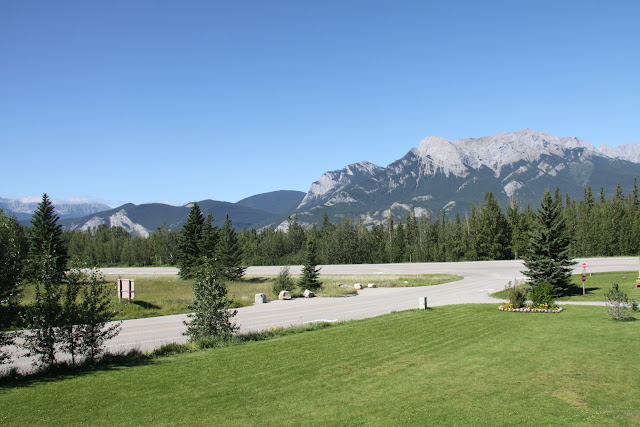 
The ‘Rockies’ compose mainly of two National Parks in Alberta, Banff and Jasper which are close to British Columbia border and are one of the most famous tourist destinations in western Canada. With its ranges of stunning mountain, stunning campsites, and townships similar to small European villages, I just could not leave it unexplored. 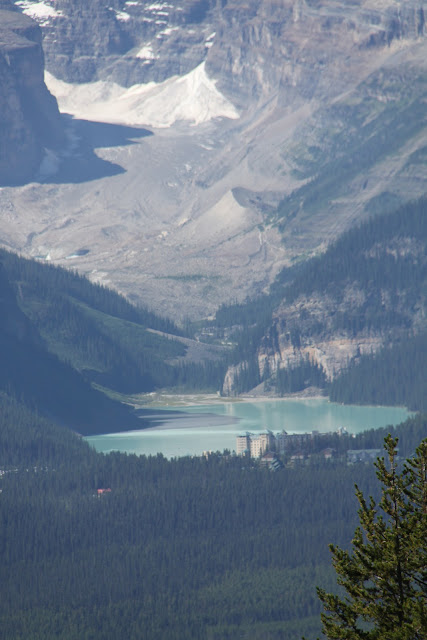 Within the park, at Lake Louise area, the most awe-inspiring of all is the lake itself. From a common vantage point across the wide jade colour water rise two bluish mountains, I composed very clearly the whole view of the landscape in my frame, as the cloud infused backdrop of the sky completed my desire of capturing the exhilarating beauty. Nearby from where I stood while taking pictures of the lake, stands proudly the majestic Chateau Lake Louise. Originally owned and built by Canadian Pacific Railway back in the late 19th century for the purpose of enticing travellers to explore western Canada by train. The dynamics of travelling changed at the advent of highway infrastructure and airplane, so it was eventually sold. The Chateau offers an ambience of serenity and enigma. Its massive hallway, the high ceiling, the spiral steps, even its wide planks of wood used generously throughout allowed me to feel its heritage beginning. 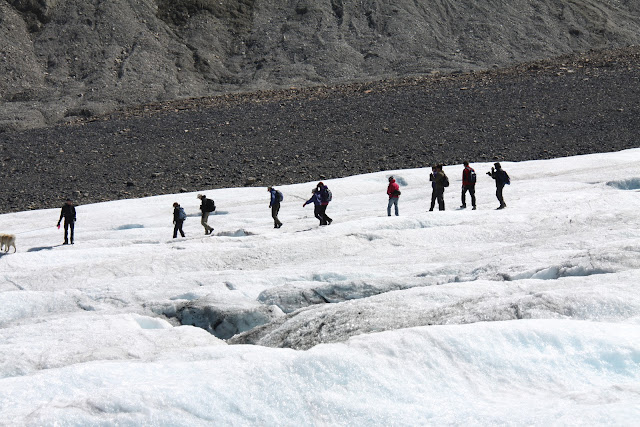 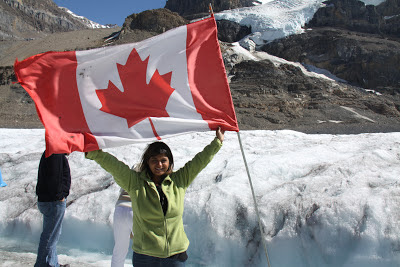 We left Banff and drove along the Ice fields Parkway; one can even drive down from Jasper to the ice-fields. The views of the mountains, waterfalls, lakes, glaciers and wildlife along the way were simply stupendous. The main attraction here is the Athabasca Glacier and the ride in the Brewster Ice Explorer down to the glacier is a sure highlight as the bus negotiates the steep slope while the commentary from the driver certainly adds to the suspense! After a few minutes, the bus reached a clearing and we were allowed to hop off.
The icy wind was the first thing I felt before I lost my footing on the ice.  I walked around and marvelled at the colours and patterns of the ice. Apparently the water from the glacier is meant to make you look 10 years younger, so of course I filled up a bottle.


Nestled at the base of the Canadian Rockies, Calgary kept me really busy during the day. I even spotted some real cow boys and did lots of shopping like a true Indian. It gets even better at night with live music venues to quiet bars; you can find just as many places to relax. That said, for such a pluralistic Region as Alberta, the Calgary Stampede provides a powerful expression of local pride, and I would recommend visiting Calgary at this time for a fantastic experience! 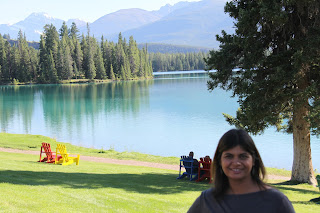 FAST FACTS
BEST WAY TO REACH- Fly from Delhi to Calgary via London with British Airways. A great idea is to book in the World Traveler plus…it’s premium economy but maximum comfort in a little extra price.You can carry 2 bags of 23 Kg each even in economy class.
VISA & CURRENCY- Indians require a Canadian visa to visit Toronto. The currency used is the Canadian dollar which is approx. INR 55.

published in The Statesman