THE RECIPES ARE CENTURIES OLD, BUT THE DESIRE OF EATING IS TIMELESS... CHECK OUTLOST RECIPES OF THE MUGHAL ERA AT THREESIXTYONE° @THE OBEROI GURGAON

When it comes to food, the Mughals sure knew their way around. And, nothing captures the essence of ‘Lost Recipes of the Mughal Era’ quite like sampling it at The Oberoi Gurgaon at their ongoing food festival from 7th to 16th August 2015.

There are schools of thought in the empire of antique cooking that frown on this nonchalant attitude toward technique — and yes, the historic-recipe trend is big enough to contain schools of thought. ‘Trust me refreshing antique recipes is more than just some new age experiment in authenticity… its real social science’, shares Chef Ravitej Nath, Executive chef. 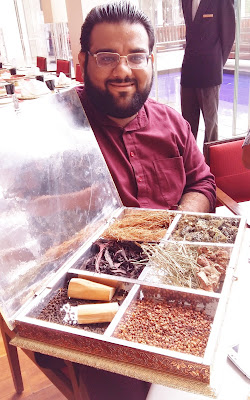 For Osama Jalali and his Begum (wife) Nazia Khan whose travel research ( read of meeting old ‘Khansamas’ ) is on the cuisine from the lost recipes of the Mughal Era; bringing the hunted recipes into their kitchen has made them more conscious of the way the world worked centuries ago.For example, the existence of certain ingredients like spices, exemplifies the degree of trade networks at the time, while the lack of others like baking soda and other modern leavening agents shows how far science still had to go. Following the research the trio ….yes including Osama’s mother Nazish Jalali has unearthed and also documented more than a hundred recipes, from the familiar ‘Patode’ (a roulade looking dish made of arbi leaves, rolled in chick pea flour and steamed) to the pleasantly peculiar ‘Pista ka queema’ (this creation of lamb mince cooked with Afghani pistachios and spices id from the Era of Bahadur Shah Zafar who was captive at the red fort).


For the more daring, there’s ‘Parinde mein Parinda’ (stuffed birds), a highly skilled dish where smaller birds are stuffed into a bigger in descending order of their size cooked on dum in a Parat.  Interestingly in the days of the Mughals, it started with a camel followed by stuffing smaller animals into the belly…of course this dish was made only on occasions for the whole community. ‘We use different marinades for the different birds as each bird has its own cooking time’, explains Chef Ravitej Nath. Out here this decadent dish featured chicken, quail and egg.

Another stellar preparation that I tried is the ‘Murgh Zameen Doz’ aka chicken marinated with almonds, yoghurt and spices, wrapped in dough and cooked in an earthen pot under the earth; tasted slightly tart and divine. The ingredients for these dishes are a bit more uncertain, but it’s the process, not the components, that marks these recipes as decidedly lost. 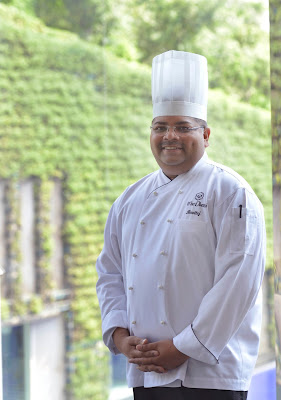 So how do the chefs know what it tasted like in that era?,‘We allow ourselves more springiness once we get into the kitchen’, shares Ravitej. ‘Usually we have no choice: The lack of specificity makes reproducing these dishes more of an instinctive process, but we manage keeping in account exactly what we learnt during our research’, adds Osama. ‘ We worked very hard doing lots and lots of trials, at a certain point you have to just let go of precision and see what happens’, shares Ravitej ‘If it turned out to be like what we tried and learnt , well, then we knew we had done something right’, smiles Osama. The recipes are centuries old, but the desire of eating is timeless. All in all I can see the impulse to painstakingly reproduce centuries-old dishes as a trendy one, the home cook’s outcome to a chef’s garden of bequest produce!
FAST FACTS
WHAT? LOST RECIPES OF THE MUGHAL ERA AT THREESIXTYONE°
Executive Chef RaviTej Nath along with Osama Jalali unearth the culinary traditions during the Mughal Era
WHERE? The Oberoi, Gurgaon, 443, Udyog Vihar, Phase V, Gurgaon – 122016
TEL: +91-124-2451234
WHEN? 7th to 16th August 2015. 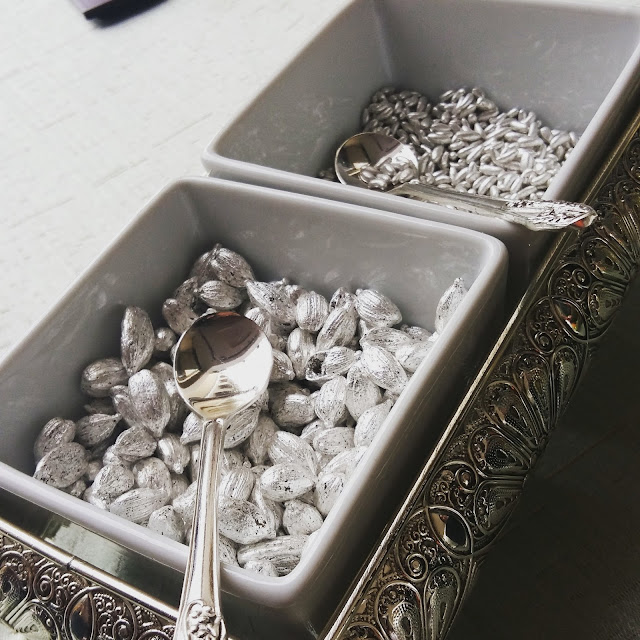